Translate and adapt your SaaSquatch Growth Automation Programs to support each of the languages and regions you operate in.

Internationalization (i18n) is the process of configuring a product or service to easily adapt to supporting additional languages, regions, countries, and currencies (a process called localization).

By internationalizing your product or service, the resources needed to localize it to support additional languages and regions are significantly reduced.

The SaaSquatch platform supports the ability to internationalize your SaaSquatch programs, enabling your to localize each of your Growth Automation campaigns for each of the languages and regions you operate in.

The localization for your SaaSquatch programs are powered by user locales. The SaaSquatch system uses the locale value of each user to keep track of their langauge and region in order to display your program to them using the correct messaging, in the correct language, with the correct currency. Locales can also be used to customize the rewards that are given out.

These locales (e.g. en_GB, nl_NL) are a combination of a two-letter language code and a two-letter country code, as defined in ISO 639-1 and ISO 3166-1 alpha-2 respectively.

The following quickstart provides a high-level overview of the steps involved in localizing your SaaSquatch programs for each of your supported languages and regions.

If you have previously made translations they will be included in the download, in the folder of the widget/email they are for (e.g. /programEmailID) with the file name of the locale they are for (e.g. nl_NL.json). You can choose to make edits to the existing translations/rewards you have for a specific locale, or delete the existing content and start fresh from the default file. 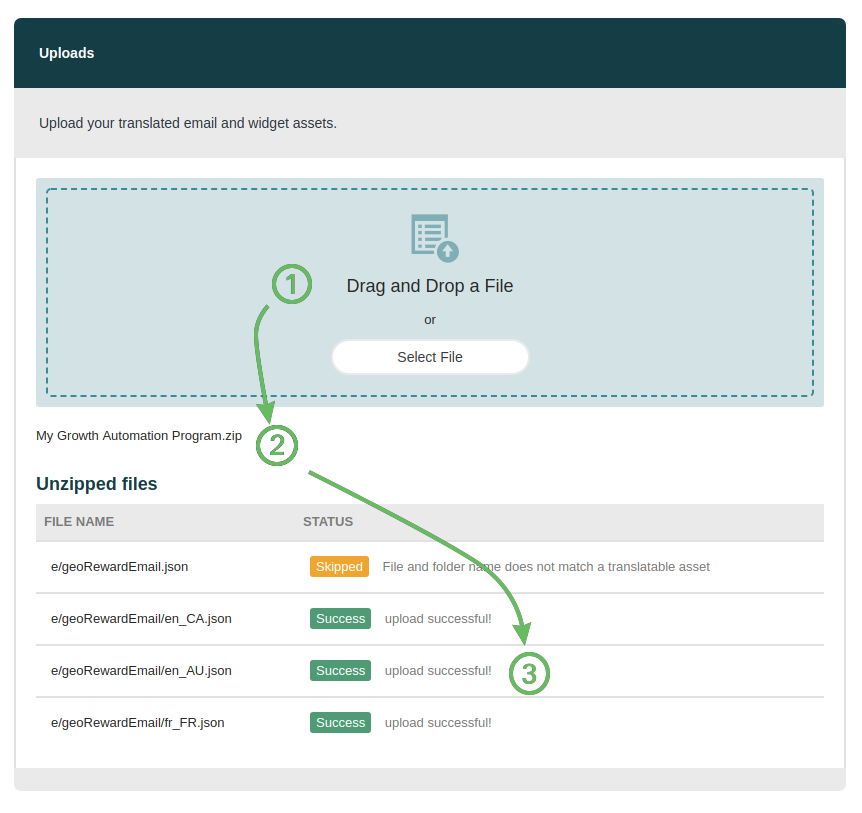 Check out our Program Library for a full list of available Growth Automation programs.

Learn more about all of the available reward options that are supported on the SaaSquatch Growth Automation programs.